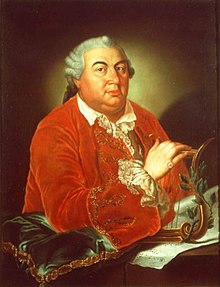 It is when you hear music from composers like Niccolò Jommelli (1714-74) that you realise just how deep the musical well is, if you peep behind the wall of well-known composers. Writing in that fascinating limbo period between the Baroque and Classical era, Jommelli perhaps completed too many operas for posterity to master. Il Vologeso is one of his best-known works and, on the strength of this performance by Classical Opera Company (giving the UK premiere), deserves to be heard more, and in a full staging rather than this concert performance. This was another part of their MOZART 250 project, aimed at exploring the works of Mozart and his contemporaries on the anniversary of their composition – which, in the case of Il Vologeso, was on 11 February 1766, in the enormous theatre at the Duke of Württemberg’s Ludwigsburg Palace near Stuttgart.

The opening extended Overture showed many of the features of Jommelli’s writing that would be reinforced as the evening progressed, including a liking for dramatic harmonies and pauses in the musical flow, and contrasting sections in the Sturm und Drang style. The plot is set in second century Ephesus and is based on the tyrannical Roman general Lucio Vero (modelled on Lucius Verus) who, having defeated the Parthian King Vologeso (the historical Vologases) falls in love with his betrothed, Berenice, erstwhile Queen of Armenia (the subtitle of the opera). Although assumed dead, Vologeso turns up at the start of the opera in disguise as a servant and tries to poison Lucio Vero. As he is dragged off to the first of many spells in prison, Lucio Vero’s fiancée, Lucilla arrives with the Roman ambassador, Flavio. And so it unfolds in lively sequences of cleverly accompanied recitatives and a series of dramatic scenes, including the conclusion of the first act, when Berenice leaps into the lions pit to rescue Vologeso from becoming lunch, leaving Lucio Vero with the decision as to whether to watch both die, or to save his beloved Berenice and, by default his enemy Vologeso. Lucio continues his relentless quest for Berenice’s affections until the final few moments when, in true baroque operatic fashion, it all twists into a happy ending.

The music is fascinating, with some delightful and emotionally insightful accompaniments to the recitative that hold the bulk of the story line. Some of the arias are a bit predictable, not least in the usual extended orchestral introductions, and the heavily announced cadenzas. Although mostly having the feel of traditional exit arias, only a few saw the soloist actually exiting, although the music didn’t quite flow fast enough to stop the audience applause after most of the arias. The final act has some wonderful orchestral colours, including some very colourful horn playing as the plot veered from potential disaster to jovial resolution.

Ian Page and his Classical Opera Company excel in finding and nurturing talented young singers, and the talented cast on show this evening was no exception. I particularly liked Rachel Kelly in the role of Vologeso (pictured), her focussed and clear mezzo voice combining with clean runs, excellent use of ornaments, and some fine acting skills in her interpretation of the role and the relationship with the other protagonists. Despite having the opening aria Invan minacci, much of Vologeso’s role comes in extended accompanimento recitative and in the lovely duet with Gemma Summerfield’s Berenici that ends the first act. Stuart Jackson also excelled as Lucio Vero, contrasting the varying moods and characterisations of the disturbed general well with his imposing voice and imposing presence. Angela Simkin gave a strong performance as Lucilla, as did Jennifer France as the forceful Roman ambassador.

Ian Page is one of my favourite conductors. Clearly devoted to the detailed interpretation of the music, rather than trying to attract personal attention or notice, he works well with the singers and players, rather than directing them. There was a lot of work for the two oboists, James Eastaway and Leo Duarte, and the continuo group of Luise Buchberger and Timothy Amherst on cello and bass, and Christopher Bucknall playing harpsichord.