An interesting live-streamed concert from Portugal caught my eye and ear, with the help of a friend who managed to get there and back to perform just before the UK lockdown. It included a performance of Mozart’s Requiem in an early 19th-century arrangement by composers of Évora Cathedral, alongside pieces by composers of the Lisbon Court such as David Perez and José Joaquim dos Santos. The manuscript of the arrangement is in the archives in Évora, hence the name of the “Eborense version”. The concert was performed live by the Americantiga Ensemble during the 22nd Music Season in São Roque in the São Roque Church, Lisbon, and is available to view via the link below.

END_OF_DOCUMENT_TOKEN_TO_BE_REPLACED 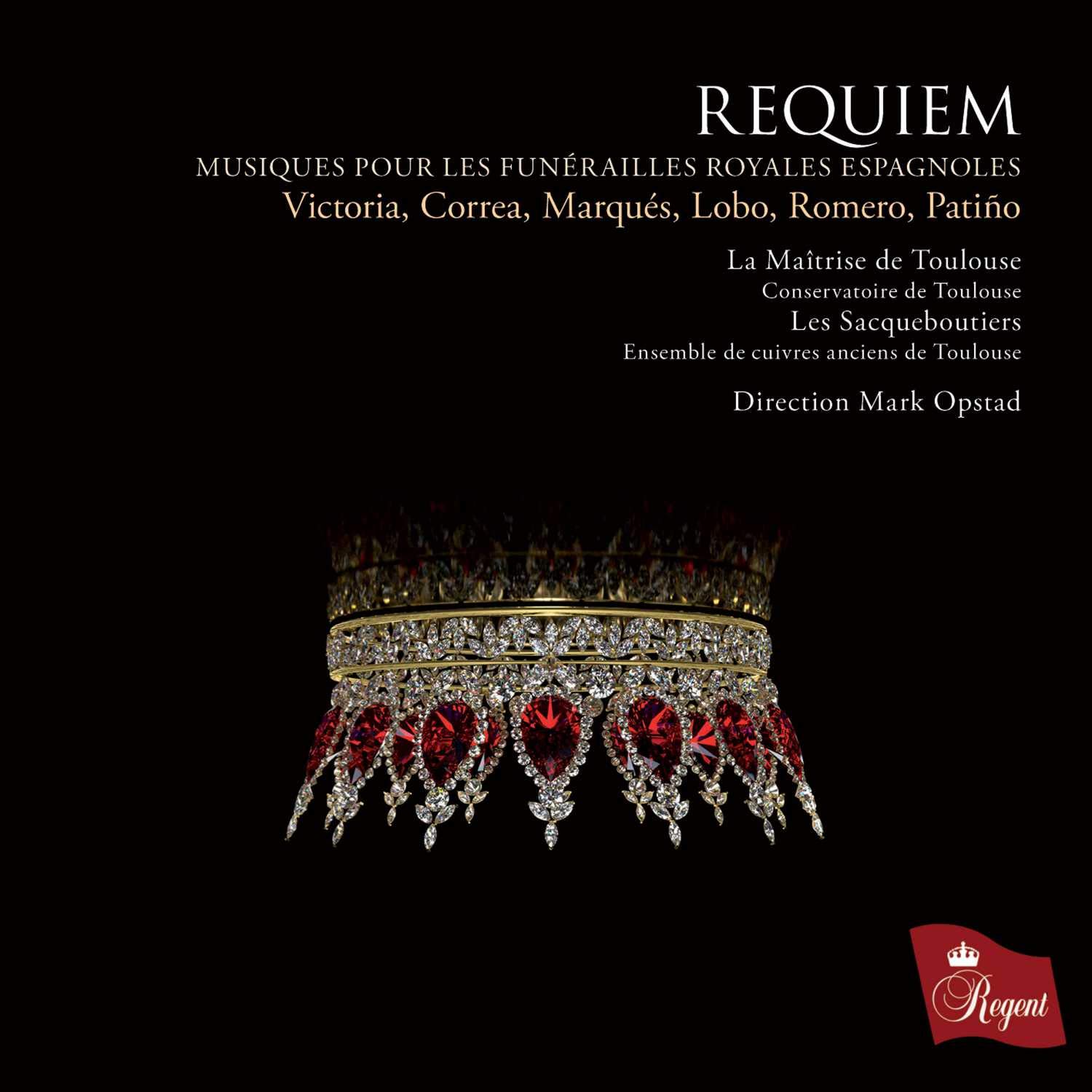 In a search for a collaborative musical partnership, the Toulouse-based children’s choir La Maîtrise de Toulouse and early brass ensemble Les Sacqueboutiers settled on Victoria’s Requiem as a way of combining the Spanish Renaissance traditions of the niños cantorcicos children’s choirs and the ministries, or Cathedral wind players. It is the focus of this recording of music for a Royal Spanish funeral. combined with other related pieces, some recorded for the first time. END_OF_DOCUMENT_TOKEN_TO_BE_REPLACED

Le Concert Spirituel and their founder-director Hervé Niquet brought the programme of their 2017 recording of the Plantade and Cherubini Requiems to The Barbican, together with Berlioz’s rarely performed Tristia, a sequence of three ‘sad pieces’ published in 1852 from three short pieces composed in 1831, 1842, and 1844. An unusual, but interesting programme with music that, perhaps because of the nature of the pieces, was compelling, but never really reached the heights of musical perfection. Cherubini’s Requiem was the first to be performed, in 1817, shortly after the restoration of the monarchy and in memory of Louis XVI. It was followed in 1823 by Plantade’s Messe des morts on the 30th anniversary of the death of Marie-Antoinette. Plantade knew Marie-Antoinette and Louis XVI, and there are elements of the earlier musical style of their court in his Requiem together with the style of the music of the Revolution. As with the Cherubini, there are no solo voices. Both works are intended for liturgical performance. END_OF_DOCUMENT_TOKEN_TO_BE_REPLACED

The St John’s, Smith Square Holy Week Festival (also reviewed here and here) concluded with a vocal workshop and lunchtime concert with Siglo de Oro and an evening concert from the New London Singers. The morning workshop was led by Patrick Allies, director of Siglo de Oro, and focussed on Bach’s motet Jesu meine freude, giving useful insights into the structure, text and musical contents of this most complex piece. Siglo de Oro’s lunchtime concert sandwiched this piece between two shorter meditative pieces by Purcell Hear my Prayer, and Remember not, Lord, our offences, concluding with Domenico Scarlatti’s Stabat Mater a 10.  END_OF_DOCUMENT_TOKEN_TO_BE_REPLACED

The Requiem in C minor is thought to have been first performed in S. Giacomo degli Spagnoli in Rome in 1746, although there is some doubt END_OF_DOCUMENT_TOKEN_TO_BE_REPLACED