Jacob Heringman follows his pioneering 2020 recording of lute intabulations by Josquin des Prez with a new album of arrangements for lute and vihuela arranged by Hans Gerle, Alonso Mudarra, Enríquez de Valderrábano, Hans Neusidler, Simon Gintzler, composers of Josquin’s time, and Herringman himself. It is a fitting contribution to the 2021 500th anniversary of Josquin’s death.

END_OF_DOCUMENT_TOKEN_TO_BE_REPLACED 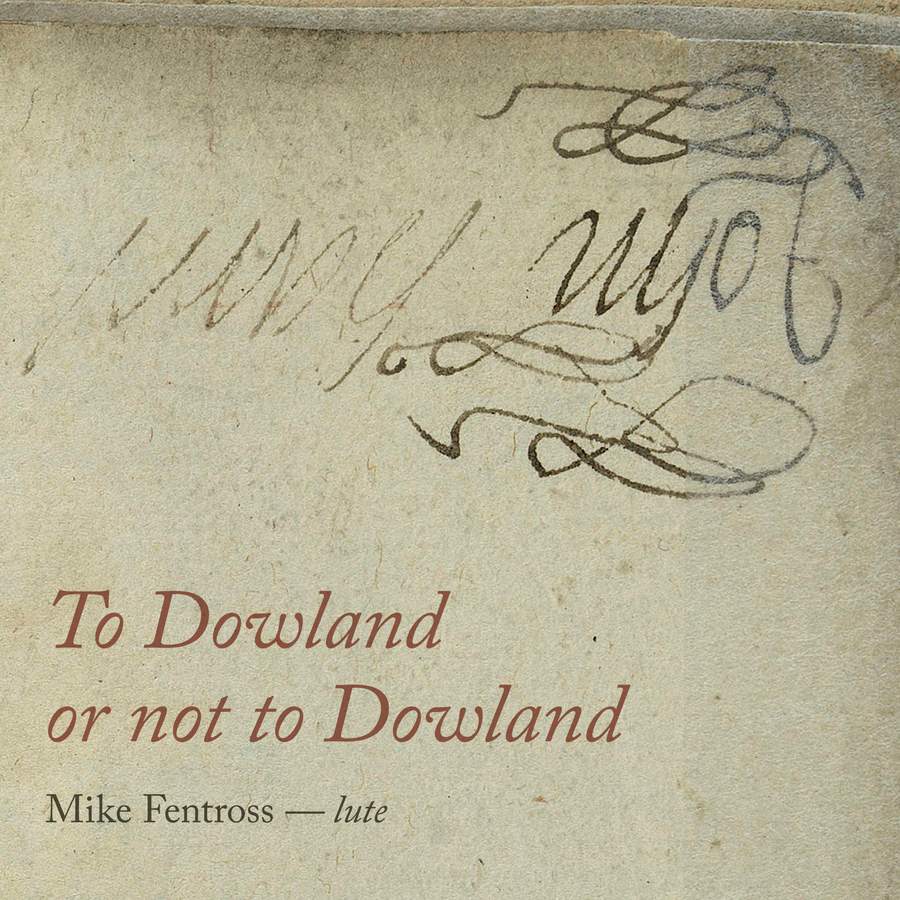 The rather curious title, which seems to turn ‘Dowland’ into a verb, could perhaps have been ‘Dowland or not Dowland’, as the programme is made up of anonymous lute pieces from various manuscripts that, it is argued, are actually by Dowland. This assumption is based on research by archivist Andre Nieuwlaat who, working with lutenist Mike Fentross, made a selection of 15 pieces from the many possible examples by using “… musical intuition, by the essence of the pieces, and by constantly asking the question: do I recognise Dowland’s hand in this? The overall quality of the pieces to choose from was very impressive, and the answer to this question was: ‘ Yes, I recognise Dowland in these works, without a shadow of a doubt’. Dowland’s musical signature is unmistakable”. END_OF_DOCUMENT_TOKEN_TO_BE_REPLACED

Unless you are a lutenist, or particular fan of lute music, you may not have heard of Vincenzo Galilei. But his eldest son might be more familiar – the physicist and astronomer Galileo Galilei. Another son became a lute virtuoso and composer. Vincenzo was born around 1520 and moved to Pisa where he married into nobility and joined a group of influential humanist intellectuals. This led to Vincenzo Galilei making a range of important discoveries on the nature of sound, acoustics and musical physics together with far-sighted theories on music which hold good to this day, including the role of dissonance and the beginning of the style of recitative.

Amongst his musical works was the Libro d’intavolature di liuto of 1584, now in the Florence Biblioteca Nazionale. This CD focuses on the first two of the three sections of the Libro, with their emphasis on the ‘well-tempered lute’. END_OF_DOCUMENT_TOKEN_TO_BE_REPLACED

Medieval music is a bit of a journey into the unknown, with many questions about the nature of the surviving music and many doubts about how, and on what instrument, the music was played. Iconography gives some clues as to the instrumental forces adopted, but much is left to interpretation – and dispute. On this CD (‘The Medieval Art of the Plectrum’), José Luis Pastor leads us through a comprehensive survey of music for plectrum (la Péñola) instruments from the 13th and 14th centuries, playing a 13th century Spanish lute, Vihuela de péñola, Cítola, Çinfonía de Trastes (organistrum), a 14th century Italian lute, and a Ghiterne (medieval guitar). You will need to read the CD notes carefully to follow what is being played on what, as the various instruments are not grouped together: track 1 to 3, for example, feature the Vihuela de péñola, Spanish lute, and a Cítola respectively.

Several of the pieces will be well known to lovers of medieval music, END_OF_DOCUMENT_TOKEN_TO_BE_REPLACED

The thoughtful and reflective mood of the opening D minor Prelude sets the scene for this enthralling CD of lute music by Silvius Leopold Weiss.  I was introduced to the music of Weiss by David Miller in a Dartington concert in the mid 90s.  An almost exact contemporary of JS Bach and Handel, Weiss spent time in Rome (alongside Handel and Scarlatti) before settling as lutenist to the Dresden Court. His visit to Berlin produced the ‘Famous Weiss’ comment from the sister of the future Frederick the Great.

The two Sonatas (in practice, multi-movement Suites) from the Dresden manuscripts are nicely contrasted, the simpler D minor suite forming a foil to the more substantial, elaborate and musically advanced G minor set.  Of the six other pieces from a British Library manuscript, the Prelude in C minor, with its distinctive octave opening, shows Weiss’s imaginative use of harmonic modulation, a factor specifically mentioned in relation to a competition with Bach in Dresden. As the opening Prelude demonstrates, David Miller plays with a particular sensitivity to musical ebb and flow, as well as producing a beautifully rich and refined tone.

There is an informative video made during the recording process at http://www.timespanrecordings.co.uk/david-miller—baroque-lute.html.