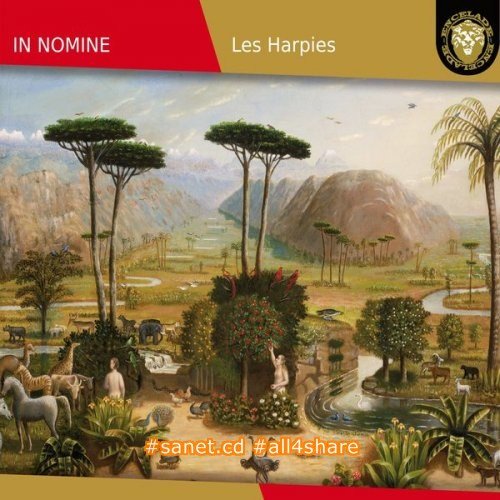 As the subtitle suggests, In Nomine explores how the concepts of heaven and hell were portrayed in Europe during the transition between the Renaissance and Baroque period. Its publicity suggests that it “plunges into a demonic world of evanescent dreams and telluric rumblings and then, as a counterpoint, whisks us up to the celestial heights of hope, salvation and the sublime…“. The result is something of a musical pot pourri, jumping from track to track and style to style with little sense of linking cohesion and with some alarming pitch and key changes between tracks. It jumps from music clearly intended for performance in church, and pieces that equally clearly were not.

It was recorded in the ancient church of Saint-Savin-en-Lavedan in the Hautes-Pyrenees. The main focus is the extraordinary 1557 Renaissance organ, positioned on its own gallery to one side of the nave. It was reconstructed, using the original case, windchest and bellows, but very little old pipework, in 1996. It has eight stops, in Italian style, plus some fun stops typical of the period, including a nightingale stop that makes a rather irritating intermittent presence felt on track 3. The CD notes suggests that the keyboard range is ‘unusual’ although it is in fact perfectly normal for an organ of this

period – from F1 to A4. The pitch is very low, at A 364, and it is tuned in a meantone temperament. As is typical of Renaissance organs, the sound is vocal in style, the pipes of most ranks sounding a little louder as you go up the scale. This means that, although playing on a single stop, the treble voice often stands out from the lower voices, as can be heard on track 11. The rumbling sound of the triple bellows being lifted is apparent on several tracks, possibly sounding louder on the recording as they would if heard live from the floor of the church.

The organ is used in combination with a range of other instruments, including a cornemuse, cistre, colachon, gaita, violin, and another organ – a spinettino-régale copied from an 1587 Austrian original. It is an extraordinary sound world, although I would have preferred it to have been stretched over 2 CDs, or in two halves, with the Renaissance organ allowed to sound on its own uninterrupted by the more folk instruments.

Four of the pieces are taken from a Hungarian manuscript, the Codex Victorisz, put together around 1680. The opening pair (Chorea and Polonica) are later joined by the songs Szegny legny neke and O Mely Csudalatos, written at a time when Hungary had just beaten off the Ottomans, and was now battling with the Austrians. There are also a couple of Lancashire hornpipes, Slap and Kiss and Rolling Hornpipe. The ‘serious’ organ pieces include Christian Erbach’s Ricercar noni toni, based on two Palestrina madrigals and John Bull’s extraordinary In Nomine, written in a time signature of 11 beats to the bar.

An improvised In Nomine has the distinctly pungent sound of the French Gaita played with the organ. Four verses of a Sweelinck-style Psalm end with a gathering of friends singing the theme. The concluding Branles are included on the strength of a French double-entendre, indicating the masculine activity depicted in one of the organ’s side panels.