Following a crowdfunding scheme, the Belfast based early music group Sestina have released their debut CD, Master and Pupil. The title ‘Master and Pupil’ (and yes, it is blurred on the CD cover) relates to the notion of musical apprenticeship, with inspiration passing down through the generations from master to pupil. For this recording, Sestina concentrates on the influences on, and the influences of, the music of Claudio Monteverdi both from his own teachers and on his own pupils. This approach reflects Sestina’s own philosophy, which is based on younger musicians being “placed under the wings of experienced professionals in an apprentice-like fashion”.

END_OF_DOCUMENT_TOKEN_TO_BE_REPLACED 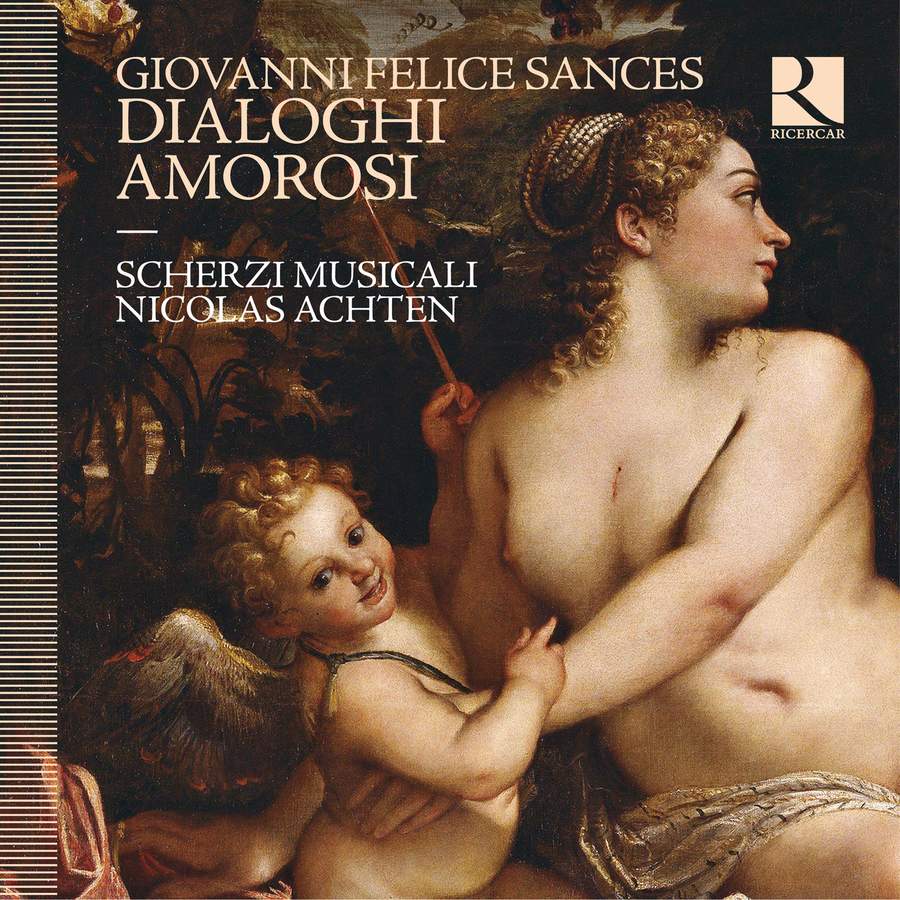 Giovanni Felice Sances (c1600-1679) was born in Rome to a family of singers. He studied at the Collegio Germanico and took part in the opera Amor pudico in 1614. He then moved to Bologna, Venice and finally Vienna, where he eventually became Kapellmeister at the Imperial court chapel. He published his four collections of Arcadian cantade (or cantatas – one of the earliest uses of the word, although not in the recitative-aria form of later pieces with this name) in Venice around 1640, although only two volumes have survived. END_OF_DOCUMENT_TOKEN_TO_BE_REPLACED 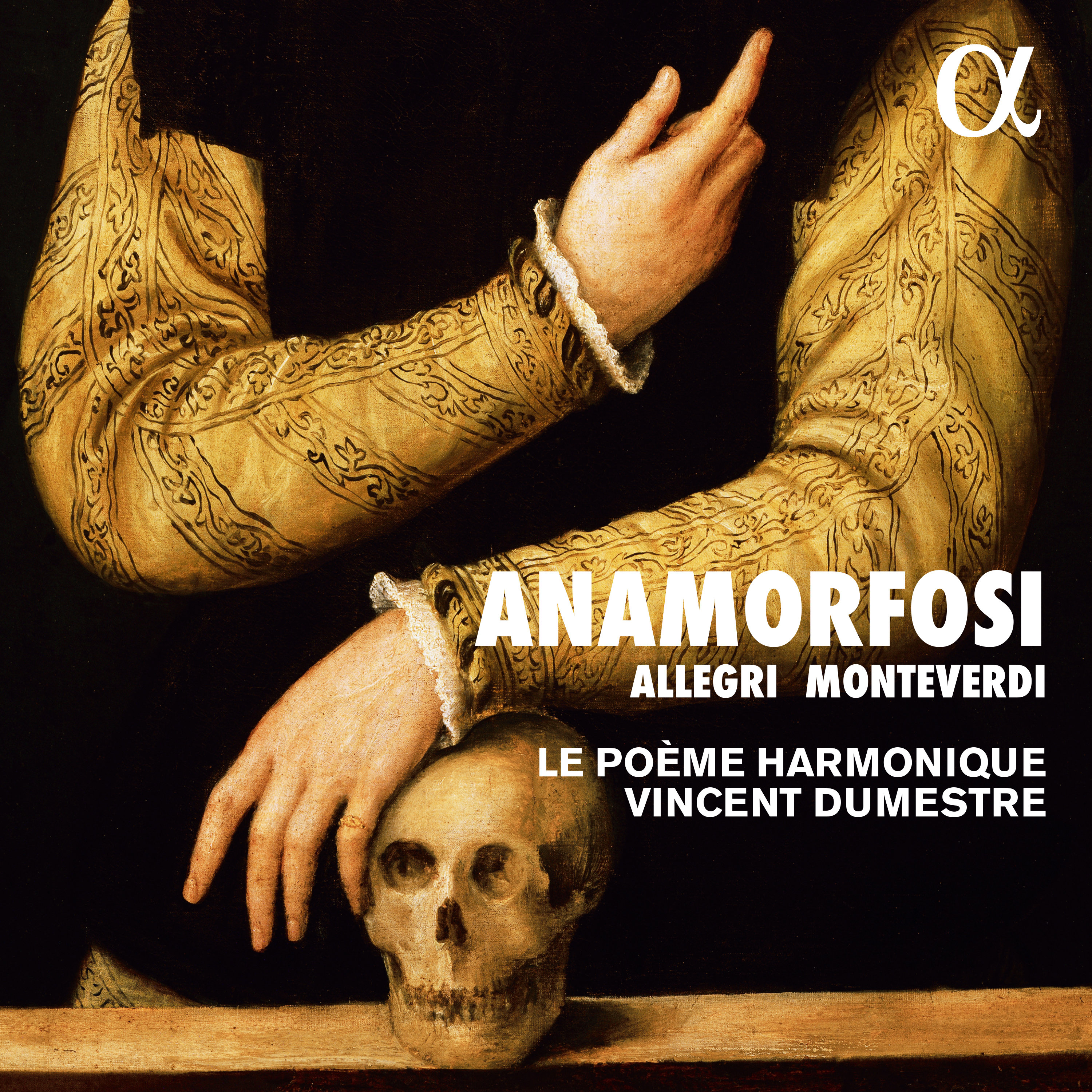 The word “Anamorphosis” is described by Wikipedia as “a distorted projection or perspective requiring the viewer to occupy a specific vantage point, use special devices or both to view a recognizable image”. In the UK it is perhaps best known through its use Holbein’s famous 1533 painting The Ambassadors where what seems to be an elongated smudge across the bottom of the painting turns out to be a skull (a memento mori) when viewed sideways from the right-hand corner of the picture. It is that notion of artistic distortion that Vincent Dumestre and his Le Poème Harmonique explore in musical terms in this recording of music from the early Baroque era, a period when the structures of the Renaissance were successively deconstructed, and viewed from a different perspective through a lens of ornamentation and elaboration.

END_OF_DOCUMENT_TOKEN_TO_BE_REPLACED

Spitalfields Music has been an extraordinary musical and community success since its foundation 40 years ago. Starting life with a 1966 concert to help save Nicholas Hawksmoor’s architecturally important Christ Church Spitalfields (which was then, unbelievably, under threat of demolition) it soon grew into a ‘Summer Festival of Music’ led by Richard Hickox. Initially under the auspices of the Friends of Christ Church, it became an independent organisation and charity in 1989, setting up their continuing community and education programme two years later. Under the artistic and managerial leadership of the likes of Judith Serota, Michael Berkely, Judith Weir, Jonathan Dove, Diana Burrel, Abigail Pogson and the current Chief Executive, Eleanor Gussman, it has grown into an major musical and community force in London, sharing their passion for music with nearly half and million people, attracting more than 325,000 audience members to events in more than 70 venues in the Spitalfields and Tower Hamlets area. Alongside their Summer and Winter Festivals, they run an enormous Learning & Participation programme involved more than 125,000 people.

They have traditionally focussed on early and contemporary music, commissioning many new works from present day composers to create END_OF_DOCUMENT_TOKEN_TO_BE_REPLACED

Luigi Rossi is not a familiar name amongst opera goers but, on the strength of this performance of his opera Orpheus, he deserves to be. This is the last in the Royal Opera House series of five productions based on the Orpheus myth, starting with Monteverdi’s Orfeo at the Roundhouse (review here) and reaching a climax with Gluck’s version, reduced to just three characters (review here)

Composed in 1647 (to a libretto by fellow Italian Francesco Buti), Rossi’s Orpheus is generally acknowledged to be the first opera specifically commissioned for France – one outcome of the appointment of an Italian Cardinal as the Prime Minister to Queen Anne of Austria, the Regent to the young Louis XIV, and his attempts to introduce Italian culture to the French Court. Buti’s libretto is a curious affair, adding a bewildering array of miscellaneous characters to the story together with extended END_OF_DOCUMENT_TOKEN_TO_BE_REPLACED