Not for the first time in recent years, an opera company has planned, designed, funded and constructed a brand new opera house having been required, for various reasons, to move from the original home. In the most recent case of Grange Park Opera, the background to the move from their founding home at The Grange, Hampshire, was not without controversy, and the new opera house is not quite finished, or, indeed, fully funded. But nonetheless they managed to put on an impressive indication of what will be the new home for the next 99 years, the Theatre in the Woods, hidden away behind the massive medieval pile of West Horsley Place (pictured), rather unexpectedly inherited by former television personality and writer, Bamber Gascoigne, from his Duchess Great Aunt.

The new setting is a delight, with restored gardens provided several areas for picnics and dining tents. The opera house itself still lacks its external cladding and final interior fitting out, and currently has that wonderful new-building wood smell. The ex-Covent Garden seats are the same as in the earlier opera house at the Grange, and the model railway that ran under the floor is to be installed later. The design is based on the four-tiered horseshoe shape of La Scala, Milan, a plan form that I have never entirely understood for theatres or opera houses as sight lines are restricted from many of the gallery side seats. But on first hearing, the acoustics were excellent, the large orchestra pit allowing for an impressive degree of blend. Some aspects of the unfinished state were evident during the performance of Jenůfa, not least being views into the side stage. One major issue was that, for some reason, the surtitle display was positioned twice the height of the top of the staging, making it impossible to read the translations while keeping an eye on the action.

The Tosca opening night was followed three days later by the opening of Leoš Janáček’s Jenůfa, in Katie Mitchell’s 1998 production from Welsh National Opera. The revival director is Robin Tebbutt with designs by Vicki Mortimer, and with William Lacey conducting the BBC Concert Orchestra. Given the issue of sight lines, the fact that the staging was angled diagonally towards the left hand side of the auditorium was a bit of an error, as those on the right hand side of the stalls and gallery would not have seen the right-hand side of the staging. That said, it was effective and simple, reinforcing the simple internal nature of the setting in a Moravian village. 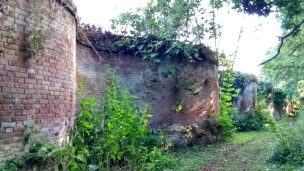 Jenůfa was first performed in Brno 1904. It’s Czech title is Její pastorkyňa, “Her Stepdaughter”, the name of the book upon which it is based. The stepmother, referred to as Kostelnička (church warden), is the focus of the story, with her manipulative hold on the complex system of family, friends and villagers that the opera explores, together with the even more manipulative hold of religion on her. She is obsessed by her hapless stepdaughter Jenůfa, who is in love with, and secretly pregnant by, her cousin Števa, an obnoxious drunken saw-mill owner. Števa’s half-brother, Laca has loved Jenůfa since childhood and is jealous of his half-brother. In the 19th century Moravian village culture reflected here, a pre-nuptial pregnancy could result in the mother being stoned to death, followed by eternal damnation. The climactic second act, days after the baby was born in secret, reveals Kostelnička’s solution: to kill the child while Jenůfa is asleep. One of the more chilling build-ups to this act is Kostelnička’s complaint that Jenůfa is ‘always cuddling the child instead of praying to God that he would relieve you of him’.

Despite the tragic text, it is musically one of the most approachable of operas, not least because of Janáček’s compositional style, with little repeated motifs (often based on the natural speech rhythm of the Czech language), simple melodic and harmonic structures, based on Moravian folk music, and compellingly expressive orchestrations. Examples include the opening depiction of the sound of a mill, and his use of the obsessively repetitive beat of a xylophone to underline the more intense moments. The cast for this production was excellent, all absorbing their characters and expressing their many inner conflicts through music. Notable were Natalya Romaniw as Jenůfa and Susan Bullock as Kostelnička, with strong support from Nicky Spence and Andrew Rees as the step-brothers Steva and Laca. Of the smaller roles, I particularly liked Eleanor Garside as Jano, initially seen as an excitable young mill worker, being taught to read by Jenůfa.

As requested by Janáček, the costumes were village style, although the setting was probably a little later than Janáček was depicting. The middle act was particularly well set, with a shallow stage of a darkened room, the gauze backdrop eventually revealing Jenůfa in her bedroom behind. The end was frankly weird, a young boy appearing in a field of plastic flowers, for no obvious reason. He then took bows with the key soloists. Possibly the son of an ambitious parent involved with the production, I could see no specific relevance to anything in the plot. It jarred.