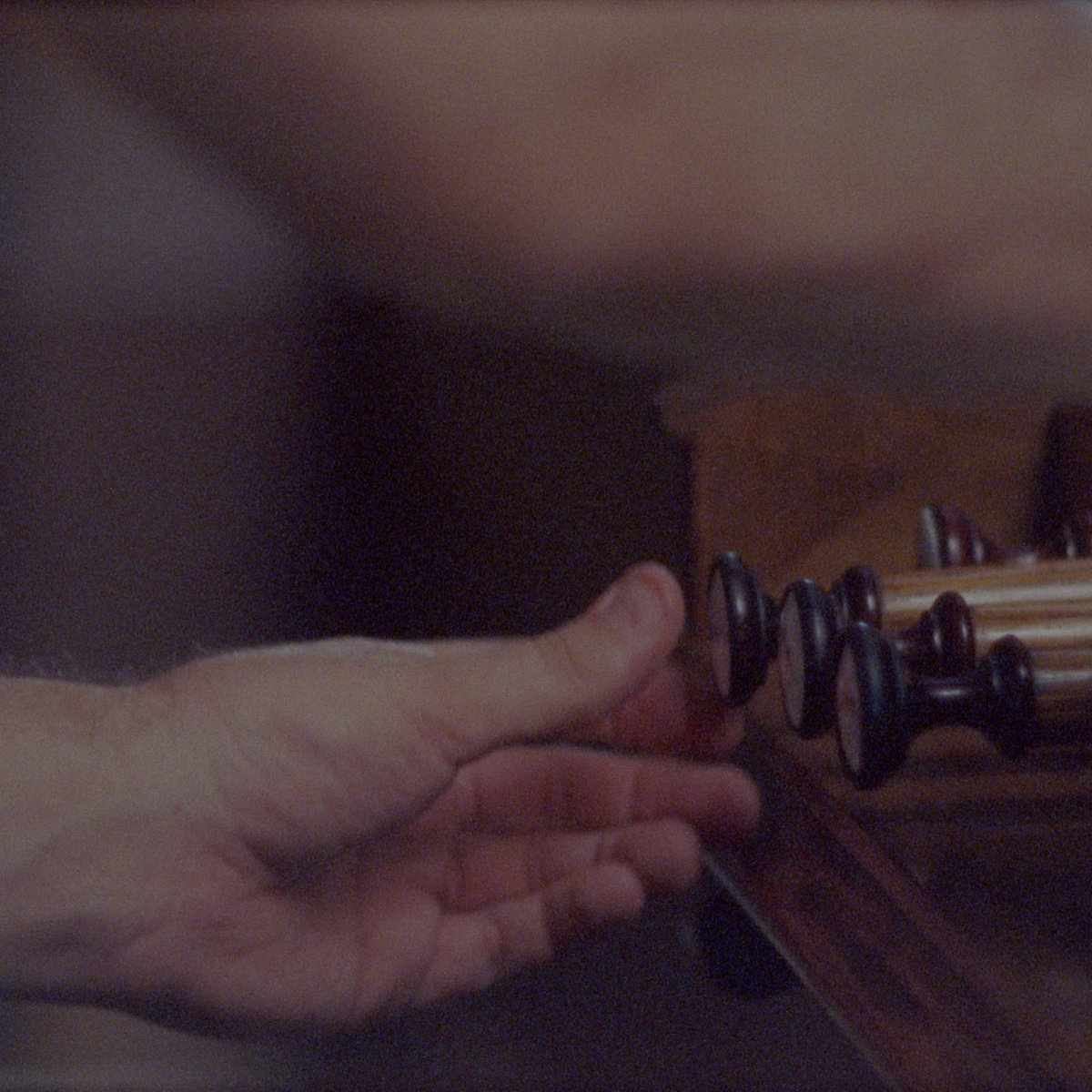 Solarium is a piece for organ, first performed by Cindy Castello in l’église du Gesu, Toulouse during the 2019 Électro Alternativ festival. It is an hour-and-a-half organ piece intended for “… that period of slack that follows the frenzy of a techno-fuelled night” and took place at 10am on a Sunday morning as an “after-party”. I am not sure that many organists get up to frenzied techno-fuelled nights, but there is much here for organists to appreciate, not least the extraordinary sounds that a traditional pipe organ can produce, as well as anybody interested in the techno world of ambient minimalist music.

The formal description of Solarium is that “It leans on dawn’s emotional potency to interweave those in need of the curative benefits of organ frequencies to end the night with those in search of a new temporal encounter to begin the day. Moulded by the tenets of rave culture, the piece upholds the freedom of its audience … it spawns the frame of a collective experience that reclines on its braided threads, whether they be sonic, scenic, somatic or social.”

During the live performance, speakers were spaced around the church to subtly amplify the pipe organ and listeners could “wander, sit, stand or lie, to focus on the score or lose themselves in sound”.  It is seen as a response to “… an age of digitally enhanced musical overconsumption” by “fabricating new ways of listening to music together is a means of generating the unheard-of. Instead of a one-way ejection in the face of the public, Solarium spawns the frame of a collective experience that reclines on its braided threads, whether they be sonic, scenic, somatic or social”.

It is now available to listen on Soundcloud, view on YouTube or to download. Although all these options miss the experience of the live event, they provide an evocative experience of the extraordinary sounds that a traditional mechanical action pipe organ can produce by manipulating the wind supply to the stops. The organ is the 1864 Cavaillé-Coll organ in l’église du Gesu, a former 19th-century Jesuit church on the edge of the ancient Roman city, and now the the secular home of Toulouse less Orgues and several other musical organisations. The organ has 24 stops on two keyboards and pedal.

The composer is Maxime Denuc, an electronic music composer and producer and co-founder of the duo Plapla Pinky, “a duo noted for their atypical approach to club music, somewhere between rave, baroque and contemporary music”. I reviewed their 2015 performance with Cindy Castello of Raver Stay With Me in the spectacular church of Saint-Sernin (with its world-famous 1889 Cavaillé-Coll organ housed in a 1674 case) during the 2015 Toulouse les Orgues International Festival. Although it was far more update, it had a similar concept to Solarium in representing “the early morning remnants of the all-night rave and the church Mass” ideally performed in a church on a Sunday morning so that ravers could come to end their night lost in a deep harmonic and emotional experience.”

Solarium starts with around seven minutes of repetitions of the opening of Bach’s Orgelbüchlein chorale prelude, Jesu, meine Freude before dissolving onto a low pedal note and the exotic aural world of microtonal oscillations and the interference beats produced by two very slightly out of tune notes sounding together, an effect used to tune many instruments, including organs. Long periods of what seems to be an attenuated single note are moderated by subtle shifts in the tone, produced by slowly manipulation the stops pulls that regulate the wind supply to the pipes. An additional pitch is added, then, after about 30 minutes, there is an almost imperceptible crescendo. It builds to a climax after about 60 minutes with changes in texture and pitch. After what is almost an acoustic silence, rather strident higher pitches are added before a gently rocking sequence. At about 85 minutes we hear little melodic  snippets that eventually become recognisable (to me, at least) as they morph into Buxtehude’s E minor Ciaccona which form the conclusion to the piece.

As far as I could tell, it would be possible to create all the sounds from the organ alone, so I am not sure to what extent electronics were involved in the production. It would be fascinating to find out, and to see the score that Cindy Castello was playing from. As can be seen from my photograph of Cindy taken just before her 2015 performance of Raver Stay With Me in Saint-Sernin, her ‘score’ consisted of a tiny set of written notes with registrations and timings and a mobile phone timer.

Cindy Castillo is titular organist at the National Basilica of the Sacred Heart in Brussels. For a number of years she was producer and host at the Musiq3 Belgium classical radio station. She teaches the organ at the IMEP Graduate School of Arts (Namur) and at the new educational project OrgueStudio. You can read my review of her 2015 CD, Fragments, here.

Music and performance like this are an excellent way of bringing the usually rather cloistered world of organ music to a much wider audience. There are several other musicians exploring the organ in similar fashion, reinforcing the organ’s position as the original sound synthesiser and, for several centuries, one of the most complex known mechanical devices known.